A Pentagon-ordered military training exercise, the kind of work the armed forces do on a regular basis all over the country so they can maintain peak readiness and prepare for hostile conditions should they be sent to defend our country and constitution, is taking place in part in Texas later this summer.

Texas, a state with fifteen military bases that support the Army, Navy, and Air Force.

Texas, a state that, according to many sources, including this one, sends a greater number of people into the armed forces than any other U.S. state or territory.

We know about this because the military has been public about it, by which I mean they used the English language to speak and write about their plans, which they’ve helpfully augmented with maps and lists of locations where exercises will be held.

In response to this most normal of activities, the irrational right wing of the (nominally) Republican Party in Texas is claiming this is the first stage of a full-scale infiltration and hostile takeover of our state.

The irrational right radio demagogues first raised the hue and cry, but what has Texans shaking their heads is that our elected governor, Greg Abbott, is dispatching the Texas State Guard to monitor the exercises just to be sure we can strike back if this does turn out to be an invasion.

Overlooking, of course, that we cannot be invaded by our own military. Insulting, actually, the Texans who currently serve. Ignoring, in fact, actual reason and common sense.

Former Republican state legislator Todd Smith published an open letter to the governor, dressing him down for indulging in such flat-out lunacy:

Rep. Smith goes on to ask in his letter:

“Is there ANYBODY who is going to stand up to this radical nonsense that is a cancer on our State and our Party?”

Well, you tell us, Rep. Smith.

Lisa Falkenberg, Pulitzer prize-winning journalist for the Houston Chronicle, gave him the opportunity to tell us. She called the former representative to ask if he would have sent the letter were he still in office. She reports his response:

Of course not,” Smith said candidly. “That was one of the reasons I did it: I was free to do so. And I felt it needed to be said. I can assure you, there are a lot of members who would love to say it.” 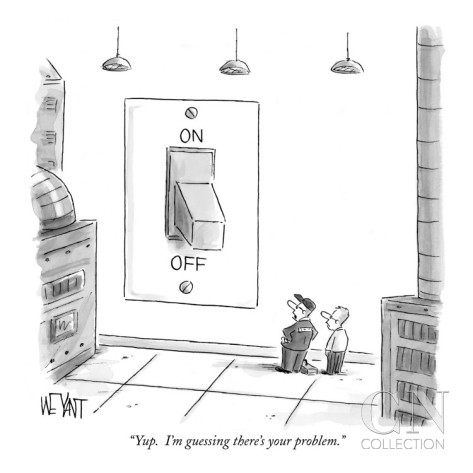 Christopher Weyant for the New Yorker.

It isn’t Democrats, Greens, progressives, liberals, or libertarians who are going to install a governor on the party apparatus to bring it back in line with traditional, reasonable Republican values.

It is traditional, reasonable Republicans. You created this mess. You clean it up.

We talk about speaking truth to power, but generally, the person doing the speaking in that context has every element of the status quo aligned against him or her.

If you are an elected Republican in Texas, you are the power.

You have a seat at the table.

You have the floor.

You have the power.

Use it, or quit complaining. 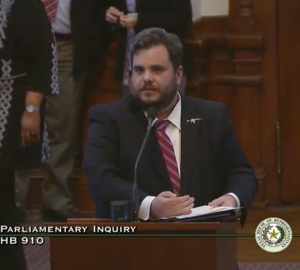 For everyone’s sake, and for Texas, get busy.