Posted on October 4, 2014 by nonsequiteuse

I saw thousands of Houstonians this morning lining up along Allen Parkway and into Sam Houston Park for the Komen Houston Race for the Cure.™ There was plenty of pink, and we all know that’s a pretty powerful color.

If you raced for the cure this morning, there’s another race a month from today that you need to participate in as well. You need to race to the ballot box and vote for Wendy Davis for Governor, and Leticia Van de Putte for Lieutenant Governor.

What is more cruel than someone’s lack of awareness preventing them from catching breast cancer early enough to be cured?

Giving someone awareness but completely decimating the health care infrastructure so that they cannot get treatment once they discover they have it.

Greg Abbott, Republican candidate for governor, served on the CPRIT board—Cancer Prevention & Research Institute of Texas. Since 2001, he’s received nearly half a million dollars in donations from people affiliated with companies that have received over $42 million in grant funds from CPRIT.

Turns out, Greg Abbott didn’t take his governance and financial oversight of CPRIT too seriously. As the Dallas Morning News reported:

As Texas’ cancer-fighting agency veered close to collapse in October, its oversight committee huddled behind closed doors, seeking a solution.

Texas Attorney General Greg Abbott has a seat on the committee, which is the governing board of the Cancer Prevention and Research Institute of Texas. But he didn’t show up for this critical meeting.

It’s not that Abbott was unavailable. That same day, he gave an interview to Fox News on the presidential election.

Abbott’s absence from CPRIT’s crucial deliberations was hardly unusual. Though state law grants a seat to the attorney general or one of his staff members, Abbott never has attended any of CPRIT’s 23 meetings. Even as the agency was barreling toward near-death, he sent an aide to fill the chair.

Millions of dollars in grants were made to companies whose cancer research was less important than their campaign connections to Rick Perry, Greg Abbott, and other prominent Republicans.

At the same time, the Republican party in the legislature was busy cutting funds for critical health services. They sliced 2/3rds of family planning funding, closing clinics that were often the front line of cancer screening, breast and cervical, for low-income women. 180,000 women lost access to these services, and not because those clinics weren’t good at providing them, and not because those clinics weren’t cost-effective in their service delivery, but because some of them were affiliated with separate legal clinics that provided abortions.

That’s the party Greg Abbott belongs to, the party of awarding cancer research grants with little regard for scientific promise, and the party of denying women access to early detection and treatment.

Wendy Davis and Leticia Van de Putte will fight to expand health care coverage for all Texans, will find funding to re-open clinics that provide care in all corners of the state, and will move us forward instead of playing politics with our health. 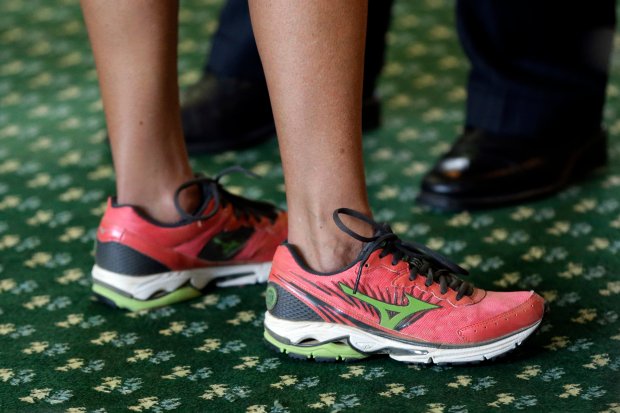