New Year’s Eve. St. Patrick’s Day. Cinco de Mayo. Drinking holidays I avoid at all costs. With all of the chances I’ve used up, why risk being out on the streets with all the amateurs out there screwing it up for the rest of us.

This year, however, The Allen Oldies Band and Blaggards will tear it up at the Continental Club, so I may venture out. Allen has a new kilt, after all, and Patrick is actually Irish.

A person who likes to know what I’m up against, I set out to survey the St. Patrick’s Day scene. I was shocked by this bold declaration of holiday leadership at Beer Island: 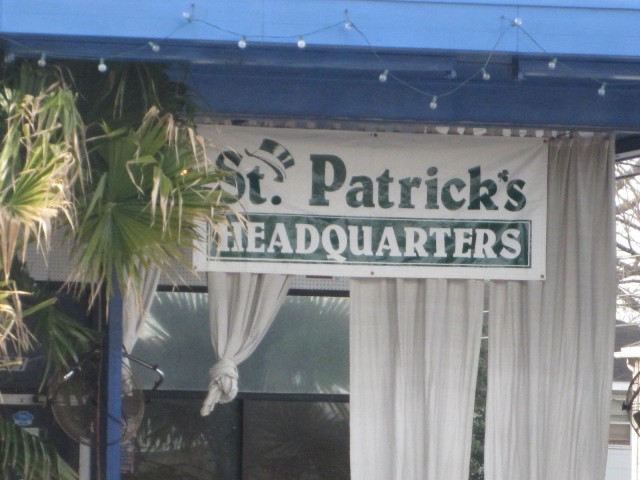 Are they even Irish? Are they really in charge? It seems brash, and not terribly defensible.

I surveyed the other corners: 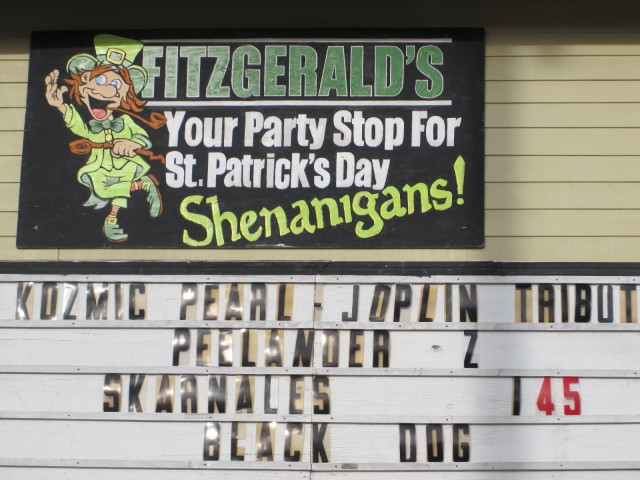 Fitzgerald’s. Even without the sign, they have the name. I like their approach here. No claim to exclusivity, but a definite assertion about the level of fun you will be allowed to have, or even encouraged to indulge in.

Their marquee doesn’t really say party hearty to me.  Not sure their sad-sack second sign does either: 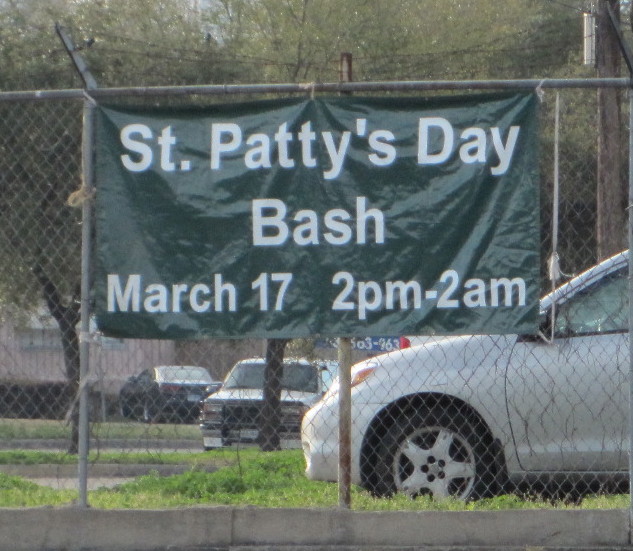 I mean, technically it does clarify things, but it looks so droopy and lonely in the back of their lot that they might as well have not bothered.

Jimmy’s Place has a draw no matter what, but it is nice to see they put some effort into it: 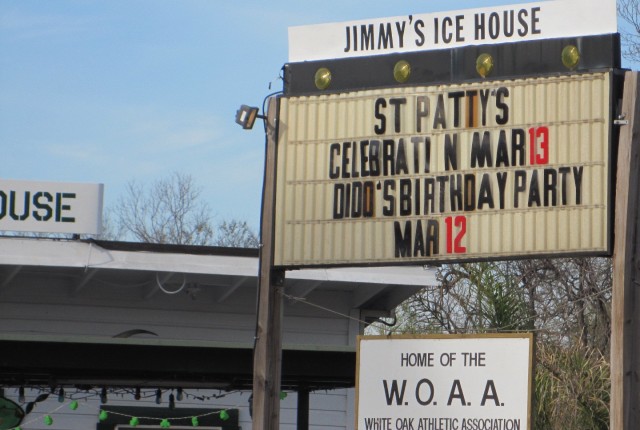 Peeking out at the bottom of the photos are the shamrock string lights. I give them points for their creative use of non-beer-company-sponsored decorations:

Jimmy’s knows it can invest in decorations. It’ll be around for a long time to come.

Onion Creek, just down the street, gets a little cheeky:

THE party? Come on now, OC, I bet Cedar Creek is having a party, too. By the way, who got jiggy with the font selection? Three lines, three fonts? Dizzy-making.

I ventured to the it-street of Houston drinking, Washington Avenue.

Truth be told, not much was shaking on Washington as far as St. Patrick’s Day signage. I knew the spots that were sure things, so headed further south.

Can you imagine the wait for a pizza at this party? I guess the whole ticketing thing keeps the party packed with regulars, which is a nice touch if you are a regular. It is worth noting that the Red Lion down the road has nary a speck of green decorating its façade. Staying neutral. Very British of them.

Next stop, The Tavern:

Setting up this far in advance does make a statement. A statement that is totally negated by the hilarious giant arrow.

Anyway, count on Griff’s to have the set-up which shows exactly which green counts the most on St. Patrick’s Day: 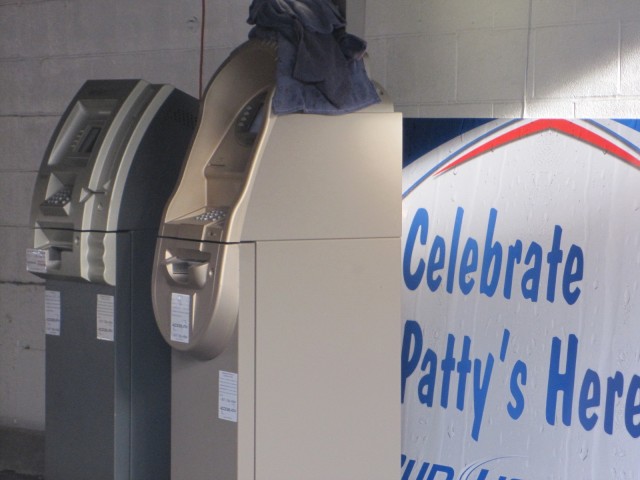 Note that the sign behind the temporary ATMs doesn’t even bother to use green paint. You might as well go to Griff’s for St. Patrick’s Day once in your adult life, just to say you’ve been to the grandfather of all St. Patrick’s Day drunkfests in town:

Not much going on in Midtown, but I did find the winner of my most informative and specific sign competition: 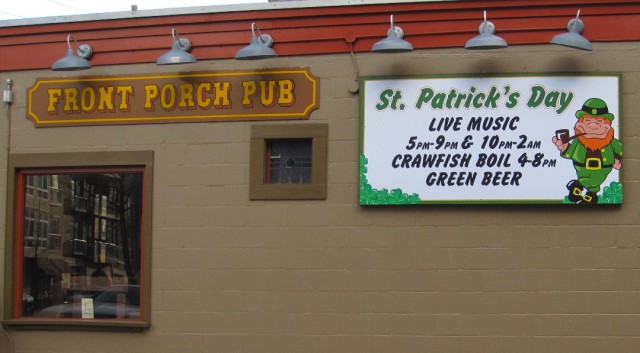 They are now locked into this exact schedule for every St. Patrick’s Day in the foreseeable future, or to shelling out the green for a new sign next year.

I’ll look for you at the Continental Club. While clearly, Allen in a kilt should be the primary draw, you can’t deny the appeal of something like this: